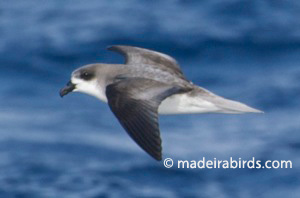 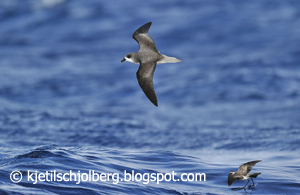 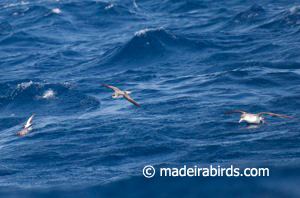 Despite the forest and mountain fires that devastated Zino's Petrel breeding site on the 13th and 14th of August 2010 we managed to get another great Zino's petrel pelagic expedition run on the 14th, 16th and 17th of August 2010. Participants of this trip were all from Norway: Kjetil Scholberg, Frank Gronningsaeter, Bjorn Olav Tveit, Kjell Saether, Bard Nyberg, Jørn R. Gustad and Kjell Olav Bøklepp.

Saturday, 14th August - due to the strong wind and big waves we divert the trip closer to Desertas Islands, to look for the Brown Booby though we did not find it. But these were our sightings:
Some Fea's petrel Pterodroma feae on the way and around the chum
Cory's sheawaters Calonectris diomedea borealis
Bulwer's petrels Bulweria bulwerii
Yellow-legged gulls Larus michaellis
1 Common tern Sterna hirundo
1 White-faced storm-petrel Pelagodroma marina