In Madeira Island reports of Mediterranean Monk Seals Monachus monachus go back to the 15th century, when the Portuguese navigators arrived at the island for the first time.

The first contact of this species with the navigators occurred in 1420 when the last proceeded to the charting of the Island's South coast. The observation of innumerable individuals resting in a small bay, took them to call this place "Câmara de Lobos", which translated means "bed of (sea) wolves" as in Portuguese Monk Seals are called sea wolves (Lobos marinhos) . Almost immediately the colonizers noticed the high commercial importance of substances possible to extracted from Mediterranean Monk Seals. Therefore, several hunts were made with the aim to remove their skin and to extract oil, which was then much used to illumination and on wounds treatment, due to its high power of scarring. 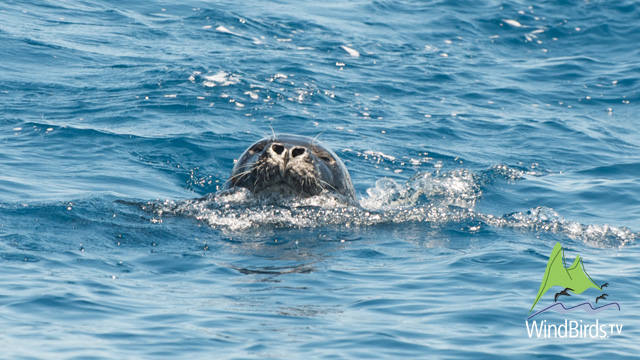 Presently no more than 500 Mediterranean Monk Seals exist in the world with their distribution being confined to the basin of the Mediterranean, coastal NW Africa and in Madeira archipelago but its population is in decline except in Madeira where its colony is growing. 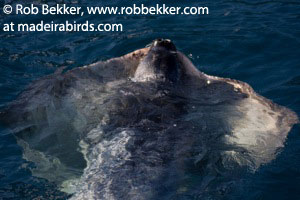 On Desertas Islands there exist a small colony with about 30 individuals, that due to the legal protection of these islands, have increased its population during the last years. The permanent monitoring and the protection of its habitat, assured by the Natural Park of Madeira, is vital for the preservation of this species. 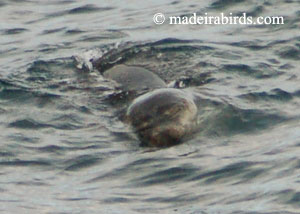 Thanks to all this work, it is now getting possible to observe Monk seals along the south coast of Madeira Island again though it is a rather shy species which tends to haul-out in places with sea caves or inaccessible rocky beaches and when it swims we can only see its head and a bit of its back above water. 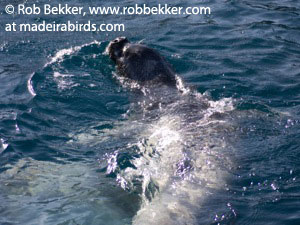 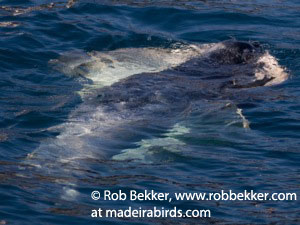