There are more than 5 thousand dragonflies’ species around the world though in Madeira Archipelago one can only find 6, where one - Island Darter Sympetrum nigrifemur - is endemic to the Madeira, Gran Canaria and Tenerife Islands. These are the dragonflies that can be seen in Madeira: 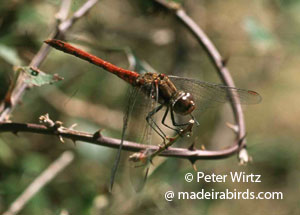 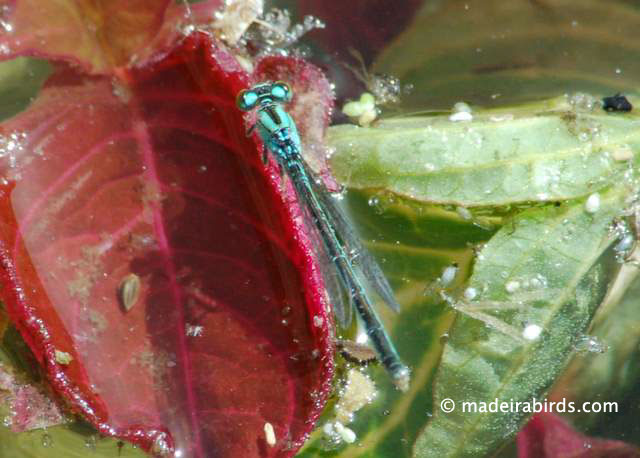 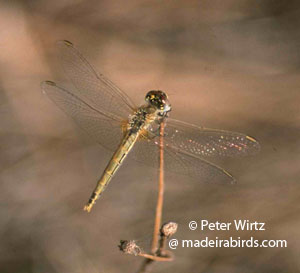 
The dragonfly is an insect which has changed very little in the past three hundred million years and have long been known to be exquisite fliers. The largest species of the Odonata family, the Anax – Emperors, can reach 60 km/hour flying to any side, like backwards, left, right, down… 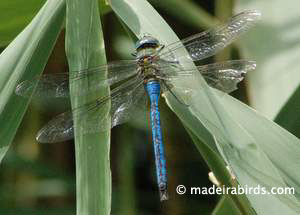 These curious species spend 95% of their life under water while larvae state and only 5% of it as an adult, where it lives on the land and air with the only objective to mate and reproduce. When the larvae are fully grown (around 2 years old) they come out from the water to suffer a big change. Its wings and abdomen expand and when these have hardened enough and the all body warmed sufficiently, near 40º C, it flies off as an adult. As a proof of this amazing transformation, one can find the exuvia (final larval skin) on the waterside, usually grabbed to thin vegetation. 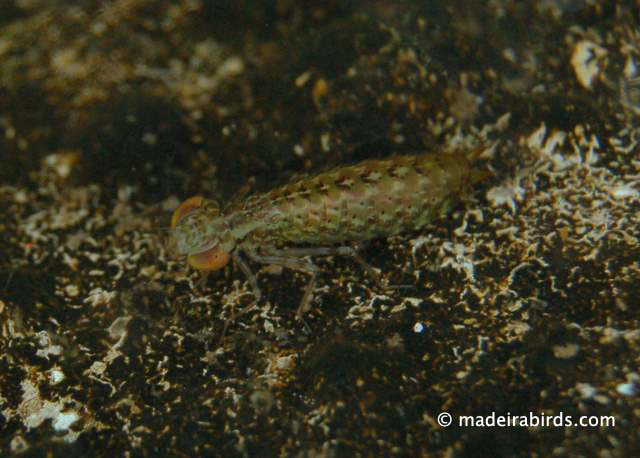 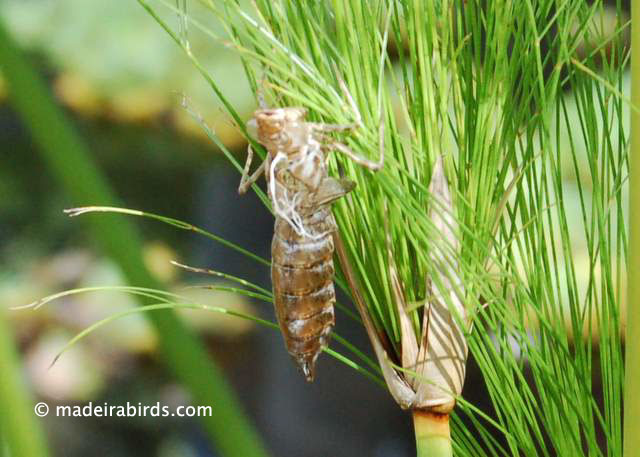